Bel&Bo asked WES to conduct market research to determine their positioning and detect possible opportunities for growth in Wallonia. 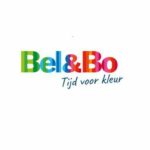 Delbaco, Bel & Bo, wants to continue its growth and learn more about the female consumers in Wallonia within the scope of this strategy.

In a first phase, we organised three group discussions with fashionable women between the age of 30 and 50 on several locations in Wallonia.

Based on the interviews organised by WES in December 2014, we conducted more in-depth surveys among the Walloon respondents. In March and April 2015, we surveyed the customers of the Walloon Bel & Bo shops online about those things that trigger them to buy once they are in the shop.

The group discussion report contained the required recommendations for Bel & Bo to reach higher market penetration in Wallonia by better understanding the female consumer and retaining its female customers by better responding to their needs.